Today is the story of Grandma and Grandpa, because on this day in 1951, they were married in that church on the hill in Boonton. The fact that they got together is amazing to me since they lived their early years separated by thousands of miles. The fact of the matter is, they never should have met, but for some reason, Grandpa was issued that passport in Moscow and he returned home, where their lives intersected ten years later.

With all that was happening in the world at that time, it is incredible that he made it safely back. But what if his ship had docked in Honolulu six months later—in December rather than June?  He would have been there when Japan attacked Pearl Harbor, and none of us would be here. You must know by now that I love thinking “what if.”

Fast forward to 1950 when they met at Norda Chemical. The following year, Grandpa asked my grandfather for her hand in marriage, and he said, “Take the whole girl, not just her hand.” Months later, Grandpa returned to active service and he was sent to Fort Hood, Texas.

Meanwhile, Grandma waited for him at home, and her friends threw her a shower. 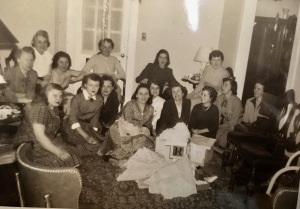 When he was granted leave, he returned to Boonton where they were married in a small ceremony at Mt. Carmel Church in Boonton—that same church where we would all attend Christmas Eve mass with Grandma every year. Grandma’s best friend, Weezie Martone was her matron-of-honor, and Grandpa’s friend from Norda, Bob McCormick, was his best man. 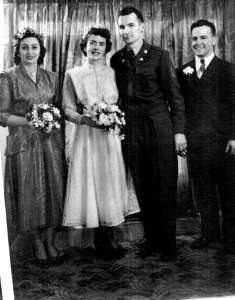 Their honeymoon was the return trip to Killeen, Texas, home of Fort Hood. It was the biggest trip Grandma had ever taken outside Boonton other than the brief trip to Michigan with her mother for the funeral of an uncle in Michigan in 1950.

Their first home was a small cottage on the base, and the two of them settled down to married life, which was quite different than Grandma’s three older siblings, who were all married and living in Boonton. She was very homesick, so she looked forward to those phone calls to her mother.

Grandma was exposed to sites there which made her realize she was no longer in Kansas. 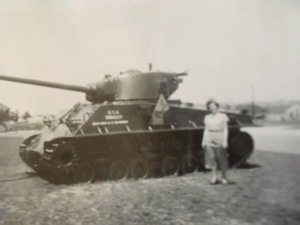 Still, it was better than being separated. They could see each other every day. 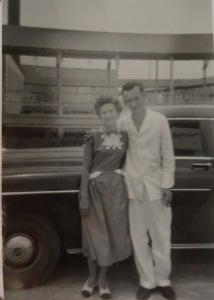 While each day was vacation for Grandma, Grandpa was always busy at work.