I returned to New Jersey this past weekend—the state where I was born; the former center of the universe. I know that my middle daughter will be disappointed to hear that I just cannot live there again. I can visit, but I cannot stay there long enough to file my taxes.

There are many reasons. Let me count the ways. At the top of list is the weather. I like the fact that I have snow only every few years. The last highly significant snowfall occurred around Christmas 2010. On that day, we built a life-size snowman, made snow angels, and went sledding on the golf course. No such snow this year or last or the year before that.

I don’t want to shovel snow, worry about driving in the snow, or fall while walking in the snow. I do not want to go for extended periods of time without seeing blue skies, and I do not like to be cold.

I hate the cost of living up there. The price to own a home is outrageous as are the property taxes. I recently spoke to a woman from New Jersey, who looked into buying a condo in Myrtle Beach. When she inquired about the property taxes, she was told, “$500.” When she responded, “A month?” she was shocked to hear, “per year.”

Finally, I cannot stand the traffic. Living in New Jersey and dealing with the traffic is akin to living in Atlanta—without the good weather.

There is a constant flow of traffic, which is why I decided two months after moving to Atlanta that I could not grow old living in such a congested city.

No matter what time I fly into Newark airport, I am always faced with a wall of traffic. At 2:30 in the afternoon, one would conclude that an accident was the cause, but no, it was the 1200 people per square mile factor.

While returning from dinner at 9:00 on Sunday night, we were again confronted with heavy traffic. It absolutely must be nothing short of a fifty-car pile-up, I decided, but that was not the case. It was the 1200/pp factor again. THERE WAS NO OTHER REASON! We stupidly doubted the WAZE App, which instructed us to exit the highway, so we got stuck sitting in the Jersey sea of traffic. Never doubt WAZE!

So I will remain a Southern Belle. Just blame it on weather, cost of living, and the damn traffic. 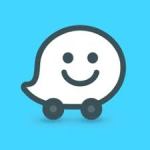 Warning: Rated “T” for toddlers. Adults may be offended.

Our daily trips to the bathroom are personal journeys—discussed with few (thankfully) except our physicians. This does not apply to three-year olds, who are quite happy to discuss their visits to the bathroom in great detail with anyone who will listen to them.

This week Lily was visiting us, and after several vigorous rounds of Candy Land, she headed off to the bathroom which did not contain the step stool. I followed and offered my assistance.

“Stay, Grandma,” I was instructed. Clearly privacy was not important, nor did she even consider filtering her thoughts on what she was doing. In fact, she preceded to describe her past toilet observations.

“Sometimes it looks like a snake. Other times, it looks like a hotdog,” she said casually. As she was speaking, I was thinking that Grandma will just love hearing this story.

After the deed was done and her hands were washed, we both had to do the happy dance. There was no arguing with her.

Doesn’t everyone  stop to dance after they poop?

Dad and I got into a heated discussion recently about foil. He refers to it as “tin foil,” while it has always been aluminum foil to me. I recall hearing his mother call it by that name, so I know who to blame.

Over the years, I have noticed that many, many other people must have grown up calling it “tin foil,” so I decided to do a bit of research on the subject. I learned that there was foil made of tin, but in 1926, aluminum foil was introduced. It became wildly popular because it was cheaper, lighter in weight, and did not rust. Eskimo pies were the first commercially-sold product which were wrapped in aluminum foil.

The overall consensus regarding why people may have referred to it as tin foil was that was how it was known by their grandparents. However, Dad’s grandparents immigrated here just three and four years before tin foil was replaced by aluminum, so that excuse makes no sense to me.

I will need to discuss this further with Dad. When I asked Grandma to name the silvery paper she would use when baking a turkey, she said, “foil or aluminum foil.” Aha!

So my question to each of you is what do you call it—tin or aluminum foil? Your answer will tell me who the biggest influence in your lives is: Dad or me.

With so much upsetting news happening these days, I decided to write about a funny memory regarding my mother and grandmother.

Four years ago, I created a family Facebook page. I invited the three of you, my siblings, several of my first cousins, and most of yours. The first posting was about memorable expressions of those two important women in my lives. Perhaps you remember it.

When we were young, I don’t recall my mother cursing—at least not saying too many 4-letter words in front of us. But she had her own creative ways of letting off steam.

Need I say more? She still uses that expression, and I promise you, someday there will be a moment when those words will either come out of your mouths or at least cross your minds.

I believe this was Grandma’s nice way of saying “shit.”

Somehow, she did not see that this was technically taking the Lord’s name in vain. I believe she probably said it when “sugar diabetes” was not a strong enough way to broadcast her anger to the five of us.

I do not recall this phrase being uttered by dear, sweet Grandma when I was young, but in her golden years, this is definitely a frequent favorite.

I mentioned this expression to a New York friend years ago, and she was well acquainted with it. However, it turns out the actual phrase is “He doesn’t know shit from shinola.”

Shinola is a brand of shoe polish, so using this phrase would mean an individual is truly stupid, because he could not tell the difference between the two. In my mind, it was another way of letting us know that Grandma was very angry.

I believe my both my grandmother and mother used it, and with the assistance of the good old Google Machine, I found it means Diana was lucky to have married Charles.

This was Grandma’s way of telling us that we could get in less trouble when staying out late if we just informed her so she would not worry. We have always done this in our family, even as you have all ventured out into the world as adults. When any of us travel on a plane or a particularly long road trip, you always let me know you have arrived safely, and for the continuance of this tradition, I am grateful.

I am certain you all are familiar with this saying of my mother, but I will refresh your memories just in case.

During the final time of one of her pregnancies, Grandma backed out of my uncle’s very steep driveway and hit a small tree. Grandpa was not pleased and let her know. Grandma vowed to remember that day. At a later date, when Grandpa had a fender bender while venturing out one night in the snow, Grandma made a snide remark about his accident. Grandpa responded by telling her, “It was just one of those things.”

So when I got my driver’s license, Grandma instructed me to use those words with my father the first time I had an accident.

I don’t think I had the nerve to do so.

This is self-explanatory and so funny coming from my grandmother when she informed us of her difficulty in “letting it rip.”

Grandma clearly saw the inequity between the sexes. We need to fix that.

When I sat down at my computer today and considered what to write, another topic came to mind, but for some reason, my eyes wandered down to the right side of my blog page where the dates of my many other postings reside. A little investigation resulted in a surprise, which was that I missed the anniversary of the inception of Mommysmeanderings, which was July 19, 2015.

During that time, I published 460 stories here, and 230 stories on Do Svidanya Dad, which began six years ago next week. I took a one year break writing “Do Svidanya Dad” and then a little time later as I worked on the revision, “Trapped in Russia.”

When I looked at both blogs, I realized that I was publishing every day during the first year of each, and then I realized I could just not keep up the pace, and did anyone really care?  What was I thinking, and how did I do it? I was still involved in my book club, and during that time period, I became a grandmother twice. Where did I find the time? I truly do not have an answer.

I appreciate the loyalists who kept up with me, particularly Dad, because I know that he has read every single one. Thank you!

Will there come a time when I run out of stories? I did with my blog about Grandpa, which I now publish sporadically. We’ll see.

FYI, here is the first story: Ask a Busy Person.