Dad has started referring to Lily  as Lily-kins  and Bryce is  Meister  or Mr. Bryce. That got me thinking about other family nicknames.

When Kelly was 2½, she loved watching Cinderella (bibbidi bobbidi boo ♫), so for about 3 weeks, she insisted on being called Cinderella, Dad was Prince, I was known as Tooth Fairy,  and Jamie toggled between the names Esmerelda and Prunella.

When she began watching The Sound of Music, suddenly, we had to call her Maria or face her three-year-old wrath. She even had a “Maria hat” which she insisted on wearing. Sometime later, Dad began calling her Kellbert. The two of us still refer to her by that name on occasion. 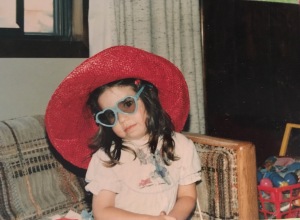 Jamie loved watching Peter Pan, so when she was three, she dressed as the character, Tiger Lily, which was what she said she wanted to be when she grew up. So Tiger Lily she was for quite some time. Another memorable nickname was Jamiac, which came with its own theme song, “She’s a Jamiac,” sung to the tune of  “She’s a Maniac,”  from the movie Flashdance. 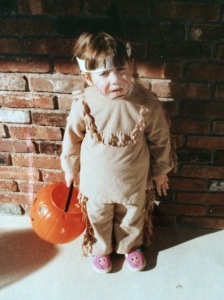 Through the years, she was also known as J-J, Spike, Jaymeister, and Jamus-do-do. (I have no idea where those names, particularly the last one, originated!)

While Casey has always been the biggest movie fan, I can’t associate any television or movie with her. I remember calling her Dawn, Cupsom (again, the latter particularly mysterious), Casum, Buttercup, Quesadilla, and Scootch. Scootch was such a catchy name that she even had a custom-made game made for her known as Scootch-opoly. 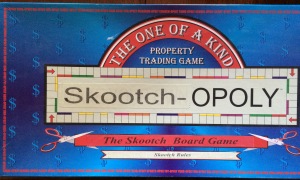 Did you all know that I had two nicknames as a kid—the first was  Daddy Long Legs,  which was kind of obvious if you saw me as a young teen, and the second was  Watermelon,  based on my last name?

Dad was the first of his crowd of buddies to land a job after college, so he was called Mr. Eugene. I know his friends Jerry and Dave still call him that. Perhaps more do.

So you see, some things from our past stick. Just a reminder.